Matthew Kam is a researcher in Google’s Chromebooks team, where he leads strategic research on the future of computing and the future of education. He was previously a researcher in Google Suite for Education, which has brought Classroom, Forms and Expeditions virtual reality field trips to millions of users around the world. Within the scientific community, he is unique at bridging technology research with behavioral and social sciences research.

Prior to Google, Kam was a researcher at the American Institutes for Research and tenure-track professor at Carnegie Mellon University. He has presented on panels alongside education ministers, consulted for one-to-one mobile learning initiatives worldwide, and mentored former students to launch successful education technology companies based on their capstone projects. Kam is known for his work designing mobile learning applications that have improved literacy in lower-income countries. His academic research has been adopted by social entrepreneurs working with low-literate communities in Afghanistan, India and beyond.

As program co-chair for the 2015 ACM International Conference on Information and Communication Technologies & International Development (ICTD), he co-chaired a committee of experts to advance the evidence on technology for improving lives in developing countries. More recently, he served as an advisor to UNESCO, the lead United Nations agency that spearheads education technology initiatives for improving learning around the world. Kam has published 30 articles on education technology, user experience and ICTD in leading conferences, journals and handbooks. His research was nominated twice for best paper awards at ACM CHI, the most competitive academic venue for user experience research. 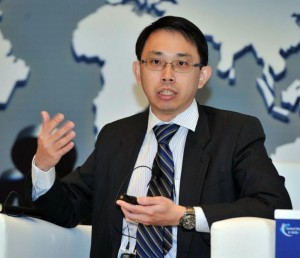